All my worldly possession’s were now in a basic sports hold-all.  All my belongings had been delivered to Auckland and I was now one of those people living out of a suitcase, not quite homeless but near as damn it. I grabbed my bag from the back seat and looked for the plethora of pills that I was now in possession of.  I had three months supply….Aspirin and Atorvastatin for my heart, Citalopram for stress and Temazepam to help me sleep.  I had a fleeting thought of taking the lot but I kept saying to myself I just want to sleep, I just wanted some respite from what was tumbling through my head and I thought it was sleep that could do that.

I remember saying to myself that I haven’t had my daily dose of tablets for the day.  I grabbed one Aspirin, one Atorvastatin and my Citalopram.  They were all good for my diagnosed ailments but they didn’t help me sleep and I needed to.  I grabbed my packet of Temazapam and took out two tablets.  I looked at the packet and for some reason took out two more.  I had the seven pills in my hand and I looked down at them and thought…that should do it.

It was now about 8.30am and I’d had nothing to eat.  I then realised that I didn’t have any water.  I was never one for dry swallowing tablets and a form of panic took hold as I tried to think of where to get some water that wasn’t impregnated with salt.  I then suddenly remembered I bought a 1.5 litre bottle of Pump when I drove back from Auckland on Monday.  I hurriedly scampered around in the foot-well of the passengers seat, hitting my head on the dashboard on the way down.  I fondled my way around under the seat until my hand managed to grab the plastic container.  A sense of relief came over me and it was probably the happiest I’d been for hours.  I took the tablets and layback waiting for them to take effect.  I lay back looking out the window contemplating what I had just done.

I lay there waiting for the pills to take affect but lack of sleep and constant crying meant that they didn’t have time to do their job and I fell asleep within minutes.  Popping those drugs meant that now time became an invisible companion for me as I lost all concept of it over the next few hours. 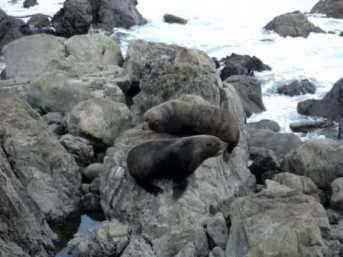 I remember waking and hearing a car drive in and park a few metres away.  I was cold and I got my coat and put it over me.  I reached for the Temazapam and took two more tablets, the first lot were not working !  It was at this stage that I started crying again.  I remember looking at the two tablets again and thought that maybe if I took the packet and went for a walk I could find a place to lie down and just be on my own.  I thought of heading off down the coast to find the fur seals in a effort to distract my mind from my septic thoughts.  I figured I would be safe as long as there wasn’t any All Blacks around with a shotgun.   I decided against it as I was cold and really couldnt be bothered doing anything except drift off into unconsciousness .  Eventually I fell back to sleep.  When I woke again I started to get anxious as I realised I wasn’t sleeping.  I was waking and as soon as I did my mind catapulted back to all that stuff that brought me here.  I grabbed all my tablets again and for some reason took another Aspirin, Atorvastapin and Citalopram.  I then popped out another four Temazepam from the blister pack. I remember looking at the pills in my hand before I took them.  I thought about taking a load more but couldn’t bring myself to do it.  I remember blubbering uncontrollaby and eventually throwing the pills into my mouth and swigging the last of the water.  That picture of those pills in my hand and what I thought still haunts me and is a constant reminder of what I did or didn’t do.

A short time later I must have fallen asleep but for how long I’m unsure.  Next I was rudely awoken when Vodafone must of got their act together for a split second because I heard my phone ring.  I was in a bit of a stupor but I reached for my Samsung phone and saw that I’d had a missed call from Katrina.  By this time I think it was about 3pm and although not fully aware of where I was I tried to call her back.  Vodafone resumed normal service as there was no connection but that trigger made me want to speak to her.  I needed to tell her what was happening.

I turned the ignition on and turned the car around.  I shouldn’t have been driving but I’d been making bad decisions all day so one more wasn’t going to make any difference.  I remember nothing of the drive, I don’t remember it and I don’t remember what I was thinking.  The whole trip was a blur until I saw the Coast Road church…the place we got married 3 years earlier.  I stopped outside and checked my phone…2 bars…not bad for Wainuiomata.  I phoned Katrina and started crying as soon as I heard her voice.  As she frantically asked me questions I looked out of the window and saw a Holden Commodore driving the other way.  I hoped they would drive straight past me but I realised it was my work collegues and watched as the car spun round and parked behind me.  I couldn’t speak to Katrina as I was crying uncontrollably.  The passenger door opened….”give me the keys Mike”…… 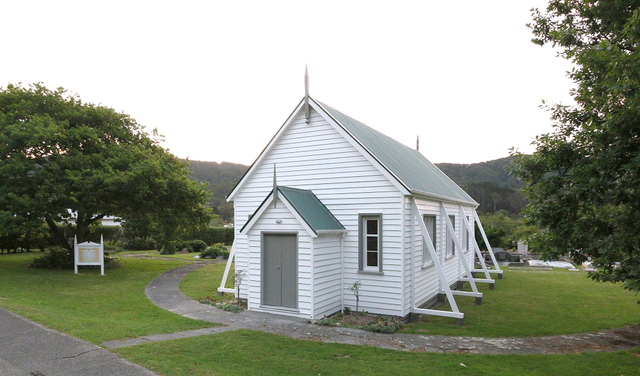