Who’s in the Mirror

As I stared blankly at a wall I tried to wrap my head around the question the doctor had just asked me, “When was the last time you were happy at work Mike”.  I couldn’t answer him….my mind tried to condense 33 years in the police into 10 seconds and a subsequent one line answer that had some sort of credibility.  I didn’t want to tell him and the others in the room that maybe I had just wasted a third of my life doing something I wasn’t cut out for.  I dribbled out an answer that I thought would stop them from thinking I was a complete and utter loser and referred to an era working in a large metropolitan station when I was surrounded by blokes and I thought I had some semblance of control over my life.  It was a load of crap but as I have done throughout my life I managed to deflect the conversation away from something that I was fearful of addressing.

It was 10am on Thursday the 5th of May 2016 and I was sitting in an examination room at Wellington Hospital getting interrogated by a psychiatrist and a nurse from Mental Health Services.  My wife Katrina sat next to me and all three were trying to work out whether I was suicidal and  trying to make sense of the events that had happened to me the day before.   I was sat in a light blue gown that struggled to cover my man-hood and I know Jack Nicholson would have been proud of…all I needed was that frontal lobotomy and my life would have been complete.

For the first time in my life I sat there and realised what it was like to be a goldfish.  My eyes were popping out of my head, I could see everything around me, but I couldn’t make any sense of what was being said.   My head was about to explode and I just wanted the questions to stop as I was too pre-occupied with what I had done and what was going to happen.  As a policeman I shouldn’t have got to this point and I certainly shouldn’t have made the poor decisions that had bought a lot of worry to my family, friends and work colleagues.

I wanted to get out of there but like the goldfish I was trapped, not just within those four walls but also within my own world which had just got signicantly smaller over the previous 36 hours.  I was now a victim of my own bad decisions and people were going to look at me differently.  I was one of those people because at that moment I had no idea who I was and what was going to happen.

The two hour interview was a complete drain on me.  I had to run through what I did, why I did it and what my intentions were when I popped an excessive amount of sleeping tablets.  They thought I wanted to top myself but I didn’t see it like that.  I wanted to sleep, my last few weeks had taken a toll of my decision making and sleep was something I could only dream about…if I’d had that luxury of course.

The Mental Health Crisis Team in Wellington signed me off work for three weeks and referred me to the North Shore Crisis Team in Auckland for follow up.  I was going to have to tell my story over again and things were not going to get any easier.  I stood up and thanked the doctor for his time and went to my room to get changed.

As I got change 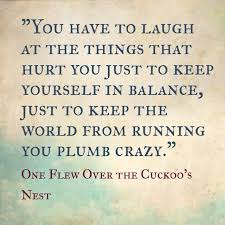 d and got ready to leave I kept thinking to myself, how did I get here.  I don’t do this sort of thing,  I have a lovely wife and a great work life balance.  I have over 30 years in the police and I am confident and competant and I get on with everyone.  At work I come across happy, but, “am I?” was the question I kept asking. Perhaps deep down I knew, perhaps deep down we all know why we do things and why we get to points in our lives that in reality we shouldn’t. Because we all have control over what we do and how we react to what others do to us.

I walked out of the hospital with Katrina and got into a car with two good friends. There was no going back and changing the events that had happened the day before.  Those events were now etched into my history and were going to play an intergral part in the next few weeks of my life.  Those events I will outline so that you can form you own opinion of what I had in mind.