Follow One Flew Over the Policeman's Nest on WordPress.com
My Career

My mind changed after that visit to respite care. I still couldn’t make decisions without walking around the house twice but I had changed my mindset. My whole life had been washed out through my pupils and come to rest on a white towel that had now been washed. Any regrets I had were probably now swilling around in the North Harbour water treatment plant with everything else in this world that we should never think about.

I was now about to enter a phase in my life that was to be hard on me and the people close to me. I was going to deal with those little flaws and regrets in my life that I knew about, those things that I would never tell anybody else, psychologists included. I believe everyone has them and if I was honest with myself I think that they were the things that broke me, not the police, not the people in my life, not the problems I perceived were there, but me and the failure to deal with them. They had all eventually started to fester away in me, and forced me to do and say things that were way out of character.

As I entered that next phase I became difficult to deal with as all those things consuming my head took total control. My tolerance of anything became limited to what was gyrating around in my brain and Katrina had to tread on eggshells in case I spun out completely. I took no part in dealing with the important things in life …regretfully I left all that to the one person closest to me and for that I will be forever in her debt. It may seem selfish…and it was… but I had to do it otherwise this whole event was just going to be a re-hash of the previous depressive episode that took place in 1999. 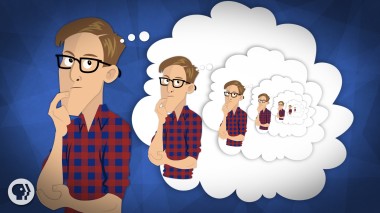 In 1999 I was married to my first wife and we’d had a pretty traumatic year with our daughter having to go through extensive leg lengthening operations and then my wife’s father drowning in our swimming pool. The drowning haunts me, even today. He was a lovely man and I still can see his face the night before he died, its like a picture hanging permanently inside my head.  I’d said good night to him and the following morning I got up and went to work on my motor bike.  No sooner had I arrived when I got a call from reception asking me to phone home urgently. I spoke to my wife who initially refused to tell me what had happened, for obvious reasons. I flew home and broke every road rule in an effort to get there as quickly as possible. On arrival the police were there and he was lying next to the pool…I still remember crying as I kneeled next to his lifeless body as I struggled to come to terms with what had happened.  Its one of those events that I will always struggle to come to terms with because we never really knew what happened. He’d had Parkinson’s and they had decided to return to England because it had got worst while over in New Zealand on holiday. We’d cancelled our trip to the South Island and I will always remember the look in his eyes the night before he died when he shook my hand and said sorry for spoiling our holiday. I will always wonder whether there was something I could have done and whether he was alive when I drove from the house that following morning.

Later that year I was working on a series of Aggravated Robberies. A team of three detectives had been assigned to look into a series of robberies that had occurred at local banks and taverns. They were serious incidents where the offenders had entered the premises and pointed their firearms at innocent civilians inside at the time. The principal offender was in prison for another robbery and our job was to link him to the others. The details of the investigation are not important but as the enquiry wore on we got pressure to move on because there was other work backing up. Then one morning the supervisor walked in and said we had one week to finish it up. We knew we would never have enough time to complete it properly but we decided to pump out some search warrants to make an effort and try to link him to the other offences in the time we had left.

I remember getting disillusioned with the decision, I couldn’t get my head around why, as police, there was so little interest in getting results for one of the most serious of crimes. The decision really questioned the fabric of why I became a police officer and it sent my head spinning into a spiral that ultimately had me finishing up in a screaming heap on the office of a poor welfare officer. I’d sat in front of a computer that last week and had been trying to type out a search warrant. As I got half way through it I started to get anxious and my mind began to wander, I started to question what we were doing and that decision to wind up the investigation. The negativity it produced was all-consuming and I found I wasn’t concentrating on typing the warrant. I found I was getting out of the seat, wandering around, and then sitting back down and trying to type a bit more. To this day I remember clicking the mouse to move the cursor to different sections of the warrant in an effort to at least get something down. I’d type a few words and then lost my train of thought and then moved to a different section. It was pathetic really but I was getting more and more anxious till eventually I remember getting so frustrated and upset that I started to cry while I was trying to type. The realisation of the sad state I was in and being in a police station then took hold. I didn’t want anybody to see me, I decided to leave. I got up and walked out, I can’t even remember what I said to my colleagues, I think I said I was sick or something similar.

I then drove in a haze down to see the welfare officer and blubbered my way through some sort of conversation with him with the result being that he told me to go and see my doctor, get some time off and referred me to a psychologist who was to be my friend for the next 6 months. The doctor put me on a course of sanity enriched pills that took the edge off my negative thoughts and I spent the next few weeks reading self-improvement books, running, eating green leafed vegetables and trying to get rid of a set of man-breasts a plastic surgeon would have been proud of.

The psychologist I saw was great and I got a couple of books out of him that are my bible’s today..but really when I look back at those visits I can honestly say that I only told him what I wanted.  I only told him the things that I wanted to talk about, the things like the drowning of my father in law, my daughters operations, my perceived inadequacies as a father, husband and police officer. I spoke to him about all the events in the police that had shaped my personality to the point where I now didn’t resemble the 21-year-old that had joined the Metropolitan Police in London 18 years earlier. I was now no longer a fresh-faced New Zealander who’d only ever had one girlfriend…..I was now a bitter and twisted cop who saw nothing but cynicism and drink as a way of dealing with his flaws !!

The 1999 version was a taster for 2016. It taught me to recognise the signs and symptoms but it didn’t teach me how to deal with the real problems…reason…I didn’t give it a chance to….I didn’t want to go there in 1999 but now there’s no going back…One Flew Over the Policeman’s Nest sees to that……

Categories:My Career, My Life, My Story 2016