Follow One Flew Over the Policeman's Nest on WordPress.com
My Recovery

Over the previous 25 posts I have given you a run down of what happened in May 2016 and a real brief overview of what happened in the years leading up to that crazy decision.  I call it crazy because sitting here a few months later I still feel vulnerable and think I  understand why I took those pills.  There hasn’t been a day since May 2016 that I haven’t thought about what would have happened if I had taken more pills and the subsequent impact it would have on my family.  I still struggle with it and recently I have thought about it more…something I’m uncomfortable with.

I’d now like to tell you what path I took when I left respite care in late May 2016 and try to give you an understanding of what I went through leading up to my first days back at work at Auckland Central Police Station in August 2016.  I’m already back at work and I am on what we  call “light duties”.  Light duties is for another post but its safe to say that the New Zealand Police have helped me immensely but I’m not sure they are any different from other employer’s in that they are not fully aware of the impact it has on its staff.  It’s a taboo subject…..but more about that later.

Although I suffer from depression and have done for a number of years I can’t really say that I have ever grasped the concept of what it really is.  Sure I had been through it before but I haven’t really thought about it in any depth.  Being a patient under Waitemata Mental Health catapulted me into a different world and the fact that I am still attending the clinic 9 months later drives into my head that I still have a long way to travel. That thought pins a notice to my brain every time I walk through the sliding doors and sit next to a person with a thousand yard stare…. that note tells me I’m not well.

So here I go…I will try to tell you about my recovery and the days, weeks and months I have gone through since that eventful day in May 2016.  I won’t go into every minute detail because my life ain’t that interesting.  The last thing I want to do is send you over the edge and head first into a place that I don’t recommend you visit.

In late May 2016 I went to respite care for a night (Ouch Finally).  It wasn’t my proudest moment and those who have read the post will have some idea of just how low I was.  I remember writing that post and thinking I had turned a corner and that I would never get that low again.  I was wrong because although I haven’t spent hours blubbering away into a towel…I have cried a lot and I still cry to this day as I try to cope with my daily life.    I’m at my worst when I’m alone…why… because when I’m alone I don’t have to be somebody I’m not and I can let that torrent of turmoil escape out through its only outlet.

I left respite care with a blister pack of pills and a pocket full of doubts about what life had install for me over the next few weeks.  My solace was found in an antidepressant called Citalopram and an anti-psycotic pill called Quitiapine.  I took Quitiapine in a very small dose compared to what it’s really used for, but for me it was to help me relax and put my mind at rest.  I can’t really tell you whether it worked or not because for the first few days I was in a state of shock.  That shock rendered me useless to the point where every ring on a phone or a knock at a door sent me spiralling into mental spasms that froze me into submission and into a place where I wasnt capable of facing anything.

I had no idea what I was doing, where I was going and my days were spent just trying to do the smallest things in the hope that I would get some satisfaction out it.  I became a regular at the Waitemata Mental Health clinic 400 metres from home.  My actions in May had meant that I was a risk and my  routine included a daily phone call from a nurse and a session with a psychiatrist every other day.

Those first few days had me really questioning my selected career and whether I was equipped to work in the police.  I continually ran through my head what I had done in my career and analysing what it had turned me into and whether I liked what I had become.  It was like I got to a point where I was questioning everything and concentrating on every negative aspect of it.  When you do what I did it makes you question yourself as to why you took those actions and they send you spinning back down to that dark place you had just come from.  So what was I thinking when I drove down the Coast Road ?

Did I really drive down the Coast Road to sleep….why would I do that…I would just wake up and have the same problems I went to sleep with.  Did I want to kill myself….of course not…I would of done it.  Maybe I wanted to change my life and couldn’t think of a way to do it…maybe thats why ?  Maybe I didn’t want to be in the police anymore ?  All those thoughts ran through my head for days and cast me back to a time when I was an 18-year-old virgin and living in a Mental Asylum in Coulsdon, Surrey, England.  Why…because even back then I couldn’t make a decision and nothing had changed….it all made me realise I was in for a rocky road. 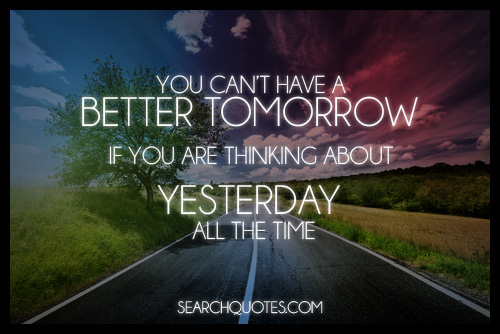