I was reluctant to use the term “Go Fuck Yourself” as a title because I thought it might upset the more reserved members of my audience.  I changed my mind when I listened to NZ’s Top 20 Charts and figured if Taylor Swift can swear then who am I to argue with the bitch !!!! So here I am joining the ranks of the so-called role-models and corrupting the minds of the over 50’s….I think most of you are over 50 !!!

A few weeks ago I had something hot and throbbing between my legs in the form of my Blue Suzuki Bandit 1200.  I love riding her because she never complains about my performance and when I twist the throttle she responds with a quiet purring that sends the endorphins firing.  Any man who rides a motor bike will know what I’m talking about.  Anyway on this particular day I was doing about 160km an hour…she performs better at that speed…..I was cruising along minding my own business when some pukeko with a death wish decided he wanted to cross the road right in front of me. My Metropolitan Police driving instructor’s words rang through my ears “never swerve for a furry thing”  The bird wasn’t furry but you get the moral of the message.  I carried straight on and missed but my reaction resulted in my heart in my mouth and me realising that if I didn’t slow down I was about to “Go and Fuck Myself.

When my heart rate came down and I got my speed to a lawful level my mind began to wander and I started to think about that day three years ago when I took those pills in Wainuiomata  (Finding “Mike”).  What was I doing then….I was doing just that “fucking myself”  (I wont say it again as its making me uncomfortable).  I cast my mind back to just what I had been doing for the last three years and realised that when you suffer from depression that’s exactly what you are doing to yourself.    A further thought made me realise that we all do it, just to varying degrees.  Someone like me does it to the point where I just about roger myself up my rear end. 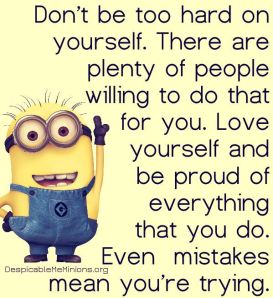 As you may have gathered from reading my blog I didn’t really have very high opinion of myself.  I lacked confidence and certainly thought everyone else was better and smarter than me.  All those thoughts are compounded when you don’t like yourself and that’s what I did.   I didn’t like the way I looked, acted or responded to anything important in my life.  My life was governed by everything that wasn’t important and those things consumed me to the point where everything and everyone close to me was locked in a cupboard.  I kept them there until I thought I was able to cope and give them some time…problem is as you get more and more depressed that time frame shortens until eventually you forget about them all together.  It sounds harsh but I’m speaking from experience, as you all know.

I have had an up and down ride over the last three years but I must admit I have been trending upwards.  I can’t put my finger on why but hopefully you may get some idea over the next few blogs.  What I will say is that however you recover you can never do it if you don’t get yourself sorted first.  You are the foundation of any recovery and if that’s fragile then nothing else will fall into place.  How do you start….you start by liking yourself and giving yourself a break…..you start by lowering your expectations of yourself and bring them into line with the expectations you have of others because in general the expectations of ourselves are a lot higher.

One of the key reasons I don’t like myself is because I never do what I say I’m going to do. I am always scared to start something.  Some of that boils down to my Dad who took great delight in advising me how useless I was but ultimately its down to me and the way I am.   I am obsessive compulsive, a perfectionist and I am always concentrating on the result rather than the journey to get there…. I can’t get the result out of my head and because of that I struggle to even start.

In a previous blog I told you about my issues with painting.  It did my head in….I was reasonably good at it but I would never start because I had to finish it in one sitting and if I made a mistake I ripped it up and started again.  I completed very few but the ones I did were really good…. my ex Denise even wanted to keep one when we split….go figure. The point is that I was so hard on myself I was almost scared to start….thanks Dad.

Take this blog….I have been silent for 6 months…why…..because although I love writing I am brutal when it comes to what I expect of myself.  I don’t need my Dad anymore because I do it to myself.   My expectations paralyze me to the point where I’m good for bugger all and the people around me suffer.

I do the same with exercise, diets, work etc…you name it I do the same….in the words of the great golf instructor its called “paralysis by analysis”.  It can have you doing nothing because you are too busy thinking about it.  A friend of mine use to call me “Gunna”….eh Deb’s.   She was right…she could see it….I couldn’t……but that was then. 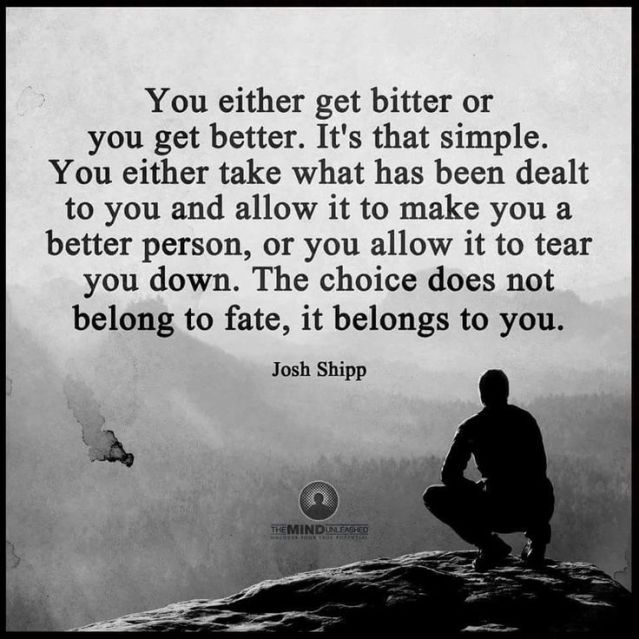 So what do I do now to try to change….well….I try and implement the 10 minute rule.   My psychologist said it was 20 minutes but thinking about what I could do in 20 minutes virtually took 20 minutes…if that makes sense.  Ten minutes meant I had no time to do anything so the expectations on myself were low because I knew I would never complete anything.  But what happened, what happened was generally I forgot about the result and just concentrated on what I was doing.   I concentrated on the journey and enjoyed that to the point where I found myself carrying on.   It doesnt always happen but I don’t beat myself up over it.

The other thing I hate about myself is that I never give myself any credit for anything I do.  I tend to concentrate on the one bad thing that I did or that happened to me during the day.  Again we all do it, but I can tell you its a good way to suck any self-confidence out of yourself.  We don’t need to do that because there are plenty of dicks out there who will do it for you.  Police work was a shocker for me…..I could have a great day at work but it would be that one thing I did wrong or that one person that got under my skin that would screw with my mind.  My wife Katrina can tell you of the countless nights I would come home and sit there dumb-struck and away with the fairies and thinking about that one thing or person.  I was never interested in her day….I was too bloody consumed with my own pathetic problems.

There’s a book out by Mark Manson called “The Subtle Art of Not Giving a F*ck”.  The title is deceptive because the underlying theme of the book is to “Not give a F*ck” about things that are not important you and to “Give a F*ck” about the things that are.  What are those things….they are family, friends and yourself….yes yourself.  As I said before if you don’t concentrate on yourself then your foundation for recovery will be filled with cracks and you will be back where you started.  My time over the last three years has been trying to fill those cracks and I have learnt that there is no point “fucking yourself”……it bloody hurts you….and the people closest to you….until next time. 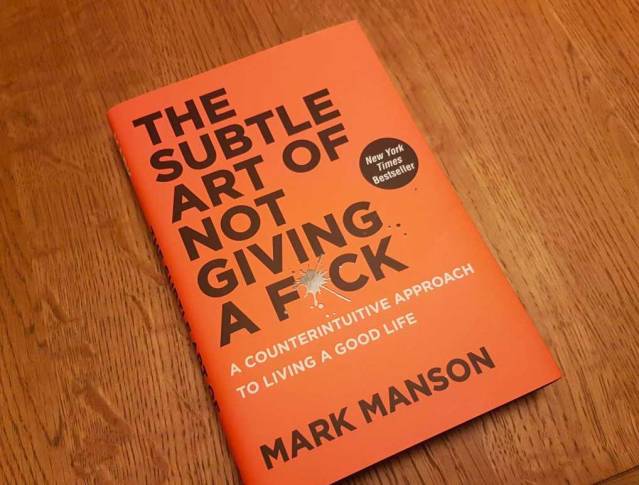 Ouch....Finally - One Flew Over the Policeman’s Nest

If I thought I was at rock bottom I was sadly mistaken as a night in respite care crippled my mind and sent me downwards until I could go down no further.